The market disappeared with the fire in Namba in January 1912 with a black gate ,and also in the previous war in March 1945, the market went into a scorched,but after the war the original merchants gathered, we worked hard on the reconstruction of the market.

Since then, it has become familiar as a market that combines wholesaleand retail functions locally, and has reached today. 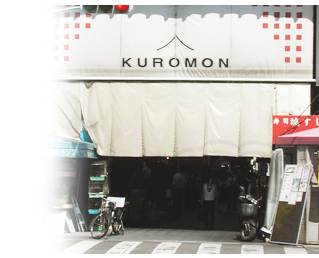 There is a campaign as a whole market such as collecting series of stamps and lottery.
In addition, there is a reasonable time sale once a week and it will be crowded with a matrix.

In 2007, a parade with a Blowfish monument was held,It was taken up in a newspaper.

In March 2008, seven kinds of monuments, Blowfish, Sea bream, Tuna, Octopus,Crab, Shrimp, Longtooth grouper, were set up in various parts of the Kuromon market.
Local visitors, as well as tourists visit a lot.
Even those who take pictures when you are sewing raw fish! 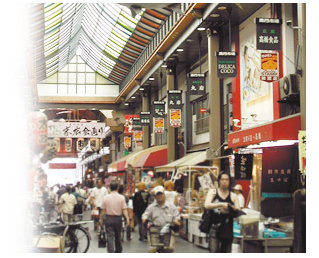